The Code of the Pirates

One concern we typically hear from clients is whether or not core values are too corporate. There’s an underlying fear that implementing a code of conduct or set of expectations suddenly turns an agile and open-minded workspace into a stuffy, bloodless corporate machine.

It’s a reasonable fear. No one wants their organization to be defined by what its members can’t do or what they aren’t allowed to do. What we encourage clients to understand is that a clear set of core values don’t restrict anyone’s individuality or hamstring anyone’s sense of ownership. In fact, a good set of core values and codes can do just the opposite—just look to the Golden Age of Piracy. 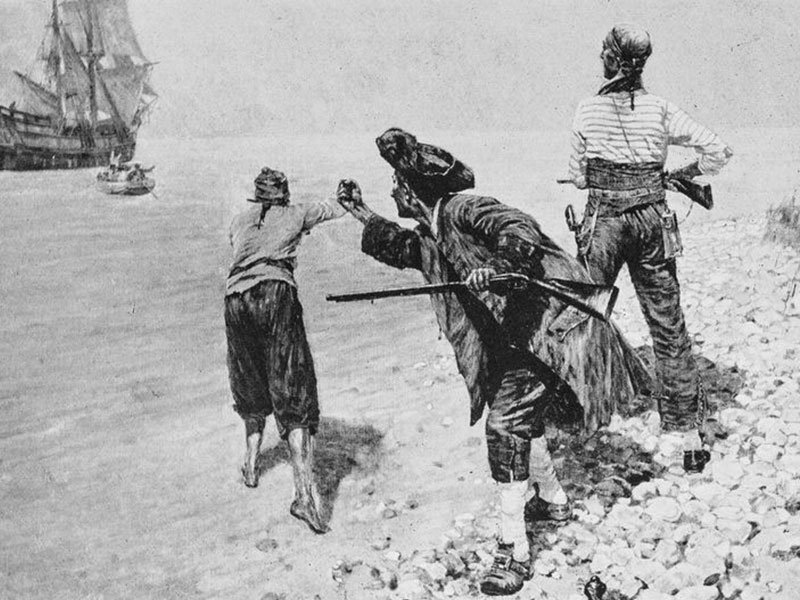 Violent, bloodthirsty, pillaging, and all-around badass pirates had their own set of core values. And these codes allowed them to flourish as an organization by laying down a set of rules and procedures, all while promoting the sense of freedom and liberation we associate with scallywags.

Even Pirates Had Core Values

Other than a few casual mentions of punishments like marooning and execution, the piratical articles probably aren’t what you’d expect. In fact, a fair portion of the codes are pretty, progressive even by today’s standards. Take, for instance, this law from the code of Welsh scallywag “Black Bart Roberts”:

“Every man shall have an equal vote in affairs of moment.”

That’s right—a full blown democracy on all major decisions. Shares were divided equally among regular crewmembers with captains and high-ranking members taking a larger portion of findings according to their rank. To ensure a sense of trust and equality, there was a law against stealing from other crewmembers:

“If any man shall rob another [crewmember], he shall have his nose and ears slit, be put ashore where he shall be sure to encounter hardships.”

There was a set of rules forbidding workplace (re: shipside) disputes, and a clear procedure for settling them (though it is doubtful HR would ever let this fly):

“None shall strike another on board the ship, but every man’s quarrel shall be ended onshore by sword or pistol in this manner: at the word of command from the Quartermaster, each man being previously placed back to back, shall turn and fire immediately. If any man do not, the Quartermaster shall knock the piece out of his hand. If both miss their aim, they shall take to their cutlasses, and he that draws first blood shall be declared the victor.”

Of course, our point isn’t that companies should start settling disagreements with duels outside the office, but to show that these kinds of written articles are rooted in history and they work.

If policies are based on a strong set of values, a real sense of solidarity and organization will emerge.

And it doesn’t have to come at the expense of a person’s sense of individuality. Though there were several different sets of piratical codes, they are all nearly identical, suggesting pirates on different sides of the globe and across many generations came to a consensus on the rules that should govern them. The result of this mutual understanding is arguably the most sophisticated criminal organization in human history.

The secret to successful core values is having them reflect the culture you wish to engender in your organization. Pirates believed in freedom and independence and many of their core values reflect this. Does your company require collaboration across multiple teams with different functions? If so then your values should probably reflect a team first mentality to mitigate the risk of egos derailing a project. Do you work in the service industry? If so then it is likely you need a core value that places emphasis on keeping the client or end user always in focus. Otherwise, your workers may become so wrapped up in the weeds of day to day processes they forget the purpose of the work they are doing. 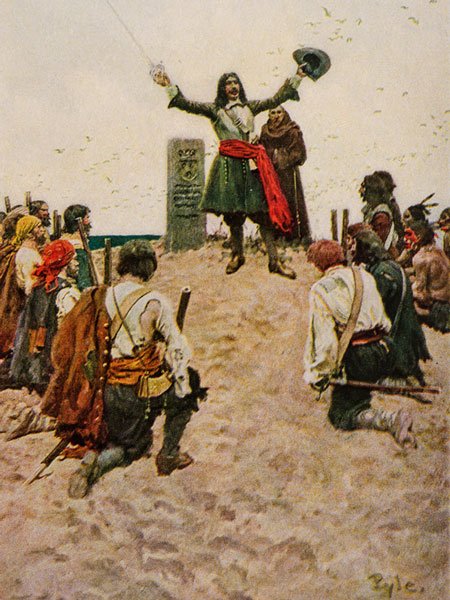 Creating a set of core values requires a fair bit of introspection and self-examination as a company. What are your strengths? Your values should encourage these strengths and serve as reminders to your workers of what your organization is successful at achieving. What are your weaknesses or areas in need of improvement? Your core values should be crafted to mitigate or correct these weaknesses. For instance, if your organization has trouble regularly meeting deadlines, you could instill a core value to place higher precedence on timeliness, therefore shifting office culture so that everyone is focused on getting projects completed in time.

We’ve had the privilege of helping to brand several tech companies with 100+ employees over the years and when we suggest implementing a strong set of core values into a brand, the suggestion is often met with hesitance.

Companies fear these techniques are for massive corporate entities and that a set of values or expectations will quash an employee’s sense of identity. But if core values speak to a company’s identity and are formed with specific goals in mind, they can inform meaningful company policies, lead to more agile operations, serve as principles for growth, and create a sense of solidarity and consensus among workers. They also go a long way in establishing a brand.

Think about it; before reading this article or clicking those links above, you probably already knew at least one of those pirate codes; they’re that integral to our understanding of what makes a pirate a pirate.

So, while you may scoff at the idea of core values for your company, just remember that even pirates weren’t too cool for them. And their codes ended up defining a pretty meaningful era.

Don’t have a clear set of core values?
Let’s start by defining your culture
with a Brand Matrix Workshop.