Businesses of every size and success level often grow to a point at which the tactics that brought them thus far can no longer drive them any further. It’s as if you’ve hitched a ride with a gracious driver for half your journey, but now you’ve been dropped off and the only thing you know how to do is wave your thumb in the air and hope it will happen again. But you’re more experienced now, and your instincts are telling you something beyond your personal skills and connections needs to intervene. That nagging feeling, that’s the pull of change. And it comes for us all at some point.

This blog series, titled “The Pull of Change” is a five-part series that shares some of my experiences implementing transformational change in my personal life as well as business. Throughout the series, I’ll connect the challenges I faced with weight loss to those I’ve faced in business transformation.

In any situation that warrants substantial change, there comes a tipping point. It varies for people, but certain moments – seconds even – can define the long road you took to dissatisfaction.

I call this the tipping point.

Around the time of my tipping point, I had a job that should have been two full-time jobs. The marketing department I oversaw was well-organized and strategic, but it ran in a silo. In the hopes of infusing that departmental culture elsewhere in the company, I was given the opportunity to run several retail offices. I had no experience with this, but I did everything I could to apply the same techniques that made the marketing department successful. The stress was overwhelming. I exerted too much control in some areas of life (neatness and organization) to make up for my feelings of inadequacy and lack of control in other areas (diet, health, and work).

My tipping point happened when I unbuttoned my pants in the car as I headed home.

Home. Where dust never settled. Where every can in the pantry and every beverage in the refrigerator faced label-forward; where every towel in any one of my numerous linen closets was stacked perfectly, identically folded and organized by color. I felt my seat belt suffocating me. I could feel the threads of my tab waist screaming at me in rebellion. I remember every detail of that moment down to the mile marker. Mostly, I remember the overwhelming feeling of giving up. The simple act of unbuttoning symbolized acceptance of my unhappy situation.

However, I also recall the vision of how I wanted to feel. The tipping point comes not only when you have had enough of your current situation but also when you can imagine your future self. Motivation manifests when your vision for what you want outweighs the acceptance of your discontent.

Why make a connection between major changes to your business and losing weight? Because both

involve a difficult path from one place in life to a seemingly impossible otherness. Both involve taking an intentional step towards progress with a high probability of failure. Both present lonely, arduous, and far too many uphill battles. Along the way, people try to influence what you should do or who you should be, drowning out truths you already know and that no one wants to face. If you’ve ever felt stagnant at work or physically, you recognize this feeling of intense gravity at the thought of change. It’s far easier to clock in tomorrow and maintain the stat 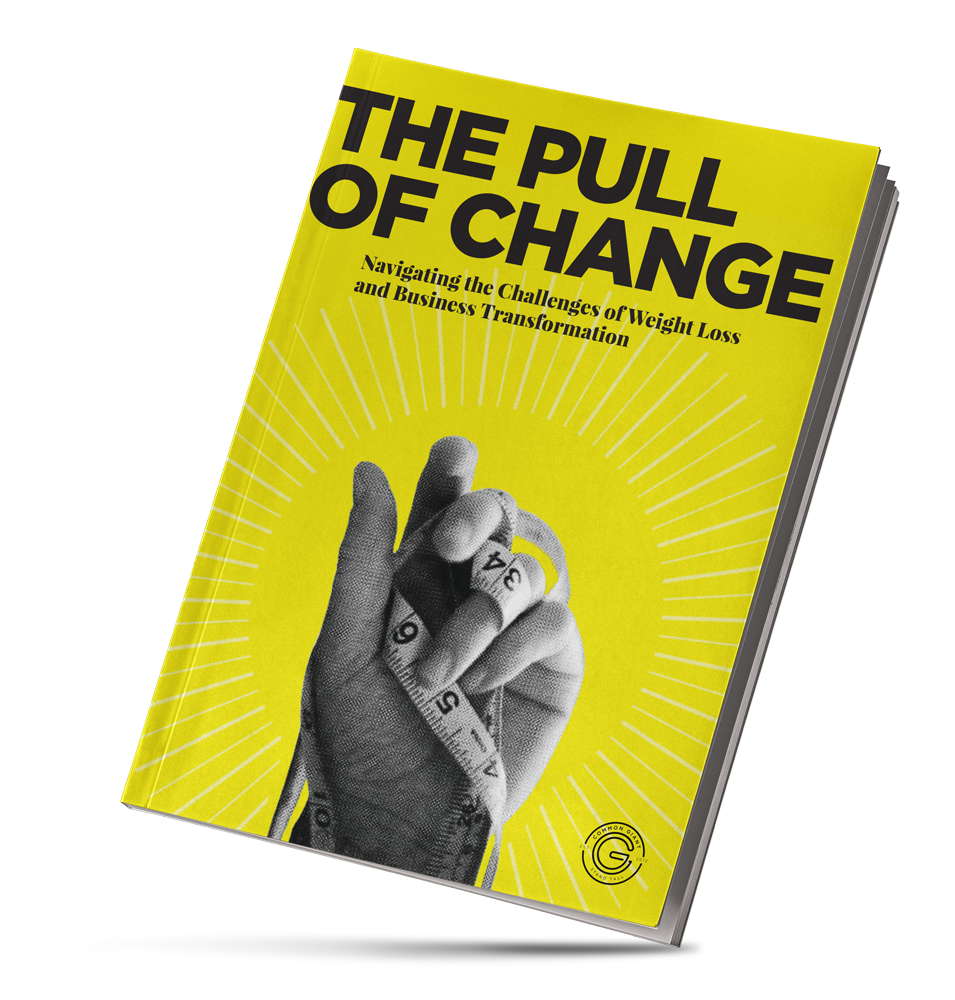 us quo or drop the gym bag in favor of sweatpants and a beer. But I have personally found that once you embark, it’s not as bad as you think it’s going to be.

Stay tuned by subscribing to our blog, or download the full ebook.