According to Forbes.com, 8 out of 10 business fail in the first 18 months. Look around, its in the local newspapers and the big publications — startups that fail and the reason why. However, there are a lot of businesses who’ve made it past that magic point in their existence. For every two of those, eight more have crashed and burned for one reason or another. It might have been cash flow, poor planning, lack of market differentiation or general lack of marketing/advertising/PR (hint, hint, hint).

Whatever it is that differentiates the success stories from the unfortunate failures, it’s not always in our control. We’ve learned that. We also can’t say exactly what has allowed us to not join Forbes’ failed business stat. At least, fingers crossed, not yet. But, what we can say is that although it hasn’t been easy and there were many sleepless nights, we can honestly look back over the past two years and be thankful, extremely thankful. Whether it was a “just in the right place at the right time” kind of thing, working tirelessly to convince someone to give us a chance, the great people we’ve chosen to surround us OR it was just sheer dumb luck, the past two years has been a whirlwind and we are beyond grateful. We would like to take this opportunity to remember those tough lessons, fun times, and good people that have helped our business grow.

Success isn’t just given to everyone who wishes for it, so we know just how fortunate we are to be able to celebrate our 2-Year Anniversary this week. We owe a debt of gratitude to a lot of people. Those folks include but are not limited to: friends, family, clients, collaborators and last but not least – our current and former CG team members who’ve put so much into this small agency. These folks aren’t just a blip or a faint memory that crosses the mind every once in a while, but rather, they are people we think about on a daily basis when we are sketching logos, working on presentations, or defining a new marketing strategy for a client. So, thank you and know you’ve impacted us in ways we can’t even begin to explain.

We’ve often been asked where the name “Common Giant” came from. The brief explanation – we’re a small group of creative people with unexpectedly big ideas that make a difference for our partners. That much has remained constant. The underpinnings have changed so much over the last 2 years. When Common Giant started, we were a tiny operation working satellite for a handful of clients. Our goal was to passionately produce effective, creative work for our clients. We don’t care about industry awards. We work hard for our partners, and make it a point to get home to our families and friends. 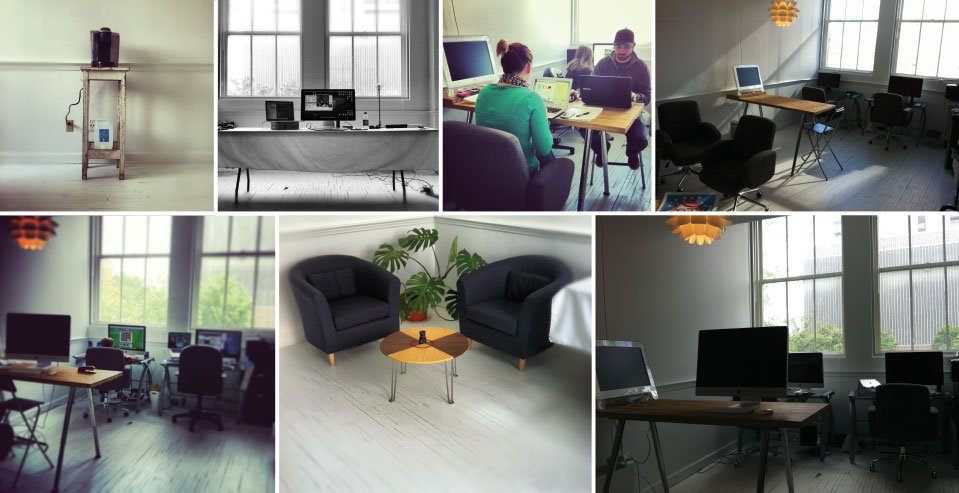 Our first office felt HUGE. 280 square feet with one desk, chair and a coffee maker. That quickly became a conference table, and was followed by more desks. The “huge” space shrank quickly. Soon there were too many bodies in there, and the air conditioning couldn’t keep up with the computers and body heat. We produced some great work in that space. Work that raised tens of millions of dollars for our partners, helped close deals worth millions to others, founded online communities and social movements around chronic illness, and even won awards … not for us, but for our partners. 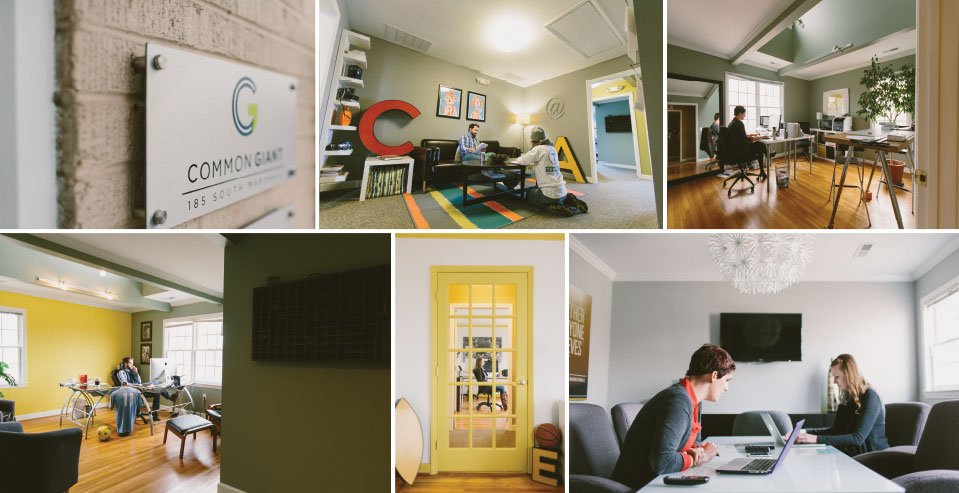 We moved in June of 2013, after our first anniversary, to our current location. Just like before, the space felt huge. We thought we’d never fill it up. Although it’s nearly 10 times the size of the former location, it’s shrinking quickly. There are days it feels like a college dorm. More often than not, someone is watching “The Wonder Years” at lunchtime in the conference room. That seems quite common. But at the same time, we’ve put forth some giant efforts for our partners across the U.S. and across the globe. We’re practically Australian citizens at this point.

“ It is a beautiful and blessed world we live in, and while life lasts,
to lose the enjoyment of it is a sin. ” — A.W. Chambers

Time flies when you’re having fun. Even when you’re working your butt off. When you love what you’re doing, it’s not work. We plan on “doing” for a long time to come, and enjoying every moment of it. To celebrate, we’re about to tap a new batch of our signature cocktails and we’re going to hit the whiteboard. We’ve been talking a lot of our past two years and already been chatting about our plans and goals for our third year — no one ever said business planning mixed with a few cocktails was a bad idea, EVER.

We’ll pour a drink for you too. Stop by and celebrate with us. Happy 2 years Common Giant. Cheers.